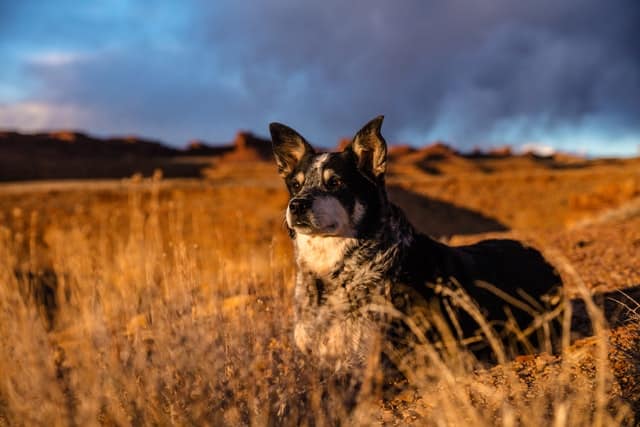 Australia’s Famous Dogs and How They Saved Lives

Dogs really are our best friends. Aside from giving us tons of love and saving us from boredom and loneliness (especially during endless lockdowns!) they’ve also saved us from much bigger things. Here, we look at famous dogs who saved lives and came to the rescue when we needed them most.

If you know of an Aussie dog who deserves a medal for bravery or loyalty, tell us about them on our Facebook page. But in the meantime, let’s get down to these famous dogs who will forever hold a place in Aussie history.

We’re not talking Hollywood dogs or urban legends here, though there’s certainly no shortage of globally famous dogs. Think Hachiko, Laika, Lassie, and Marley of Marley & Me fame. Some of their stories bring a tear to our eyes every time.

Today, we’re sharing the stories of some homegrown heroes. Raise the flag and hum the national anthem while you read. We promise, that’s how patriotic it’ll make you feel. And if you just can’t get enough of Aussie dogs, check out these Australian dog Instagram accounts and hit follow.

Bear, an Australian Koolie who was abandoned as a puppy and then adopted from a shelter, is now the dog to thank for saving hundreds of koalas. Because it’s not just human lives that are important!

After Australia’s devastating wildfires of 2020, koalas were at risk of dying after their natural habitats were destroyed and flames tore through their homes. Starvation, injuries, and dehydration all pose a huge risk to these cute critters.

Bear the Koala detection dog has been trained to sniff out injured koalas, and then lies down and waits for his handler to come and rescue them.

See Bear in action in the video below:

Max, at the ripe old age of 17, was partially blind and totally deaf. But that didn’t stop him from saving the life of three-year-old Aurora. When the toddler wandered away from her grandmother’s home and got lost in the mountains of Queensland, it was Max who came to her rescue.

Despite police scouring the area, Aurora hadn’t been found. But Max took it upon himself to keep searching, found her, then spent the night camping with her before slowly herding her back towards the house. Once he got close, he found the police and Aurora’s grandmother, and led them towards the toddler.

The local police were so impressed with Max, they made him an honorary police dog. What a good boy!

Maybe there’s something about the name Max…because yet another good boy called Max rescued the life of a young child. This time, it was a little boy who got into trouble in the waters of Adelaide.

The little boy was said to be only a few seconds away from drowning. Luckily, Max’s owner spotted him and sent his Staffie-Bulldog cross to the rescue.

The dog was wearing his very own life jacket, and quickly swam out to the struggling child, who grabbed on to Max’s jacket. Max then swam back to shore, towing the child with him.

Here’s a video of Max on the day of the rescue. We hope he got an extra treat at dinner that night!

A famous dog from across the pond

This is actually a Kiwi dog, but the story had to be shared. Get the tissues ready.

The story of George the Jack Russell is bittersweet. In 2007, five children between the ages of 11 and 4 years were cornered by two Pitbulls in Taranaki. The Pitbulls attacked, focusing most of their efforts on the youngest child.

In typical Jack Russell spirit, George jumped in without hesitation, protecting the children against two much bigger dogs. The Pitbulls disappeared and the children were safe. Sadly, although George saved the lives of these children, he was so badly injured he lost his own life in the process.

George’s owner Alan Gray said his “dog died a hero.” It’s a devastating story which shows how dogs really will sacrifice everything for us if they need to.

George was hailed as a hero, and presented with a range of posthumous awards including a Purple Heart and a PDSA Gold Medal.

Although George’s story shows how loyal and fiercely protective a dog can be, it also highlights the danger of aggressive dogs. Sadly, the Pitbulls had to be put to sleep as they were considered a danger to humans.

Dog aggression and biting is always something to be taken seriously. If you’re concerned your dog might be exhibiting aggressive behaviour, enlist a professional promptly. In the meantime, here are some helpful articles you can read on biting and aggression in dogs:

Again, these is no substitute for professional help. So remember to contact an experienced dog trainer to help you nip any aggression in the bud.

Dog insurance (for not so famous dogs)

Dogs do their best to protect us. Don’t you think they deserve protection in return?

Dog insurance is an affordable way to ensure your dog can get medical treatment when he or she needs it. Thanks to savings on things like accidents, medication, and hospitalisation, you can protect your dog’s health without sacrificing your pocket.

PrevPreviousDog Chaining: When is it Cruelty to Animals?
NextCar Safety Features: Future and PresentNext