Ehrlichiosis In Dogs: What You Need To Know 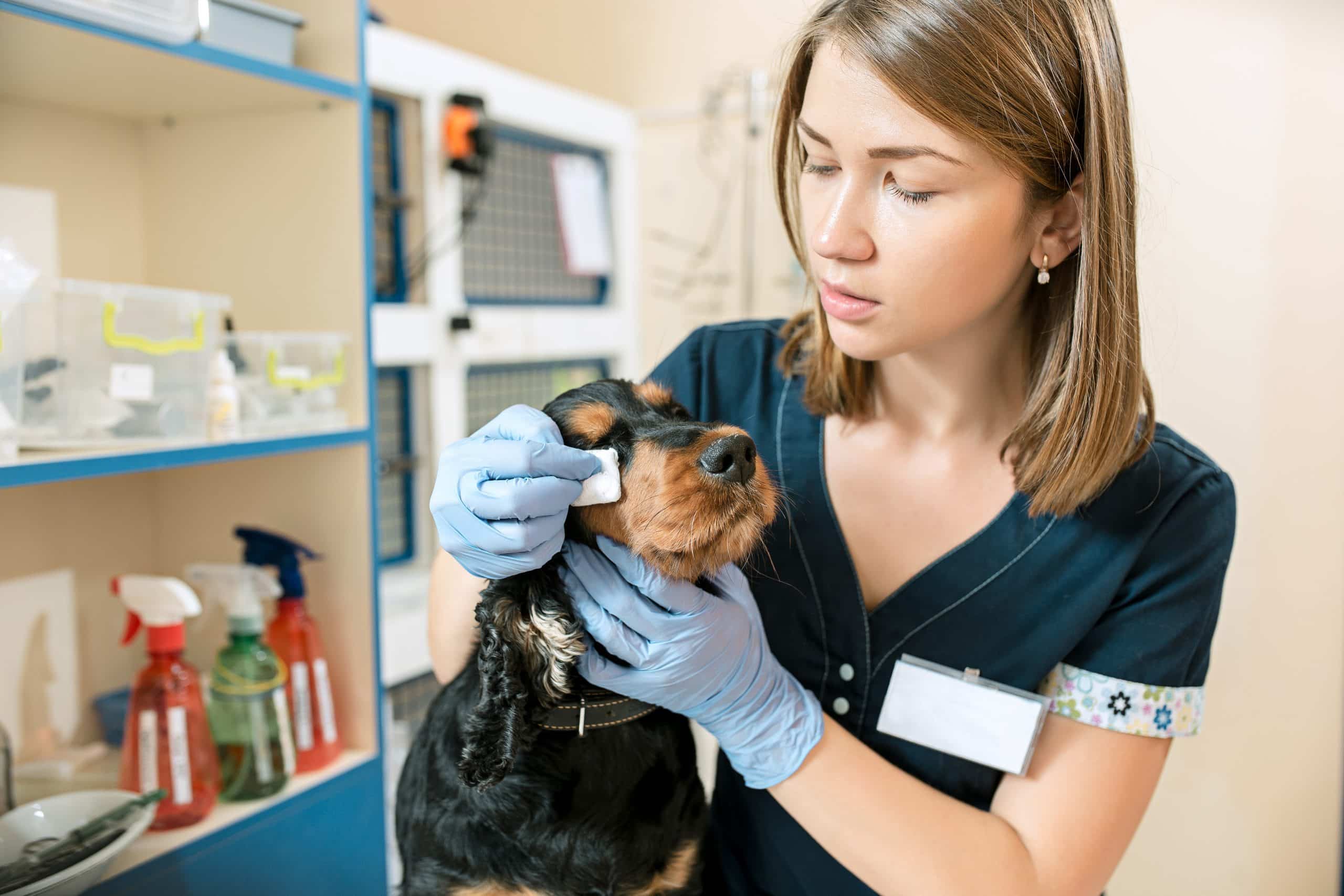 You may have seen from recent news stories and government reports that cases of canine ehrlichiosis are exploding in some parts of Australia. This deadly tick-borne disease can be fatal to dogs, and can be transmitted in as little as three hours by a feeding tick.

As a result of the outbreak, Australian dog owners should be aware of canine ehrlichiosis, and keep an eye out for any possible symptoms.

Here’s a guide to what it is, what the symptoms are, and how you can prevent and treat it.

What is canine ehrlichiosis?

Ehrlichiosis is a tick-borne disease which can infect dogs. It’s a bacterial infection which attacks the immune system and in Australia the main carrier is the brown dog tick.

Dogs can’t transmit the disease directly to one another, so it’s not considered a contagious disease but an infectious one. The only way for a dog to contract ehrlichiosis is for them to be bitten by a tick carrying the disease.

Ehrlichiosis can be divided into three stages: acute, sub-clinical, and chronic.

The first stage is the acute stage. This usually happens a couple of weeks after the dog is infected, and lasts for up to a month. Symptoms are often noted at this stage (more on this in the next section). Most dogs recover within a couple of weeks, but remain infected.

The sub-clinical stage comes next. Dogs with sub-clinical ehrlichiosis fall into one of three categories. They either:

The third stage, chronic infection, doesn’t occur in all infected dogs. When it does, however, it is the most serious stage. This stage of the disease can be fatal.

What are the symptoms of ehrlichiosis?

The symptoms of ehrlichiosis during the acute stage are typically non-specific. That is, it can be hard to link them to a particular disease or illness. Symptoms include:

If blood tests are done, your dog might show signs of mild anaemia or low platelet levels.

If the dog progresses to the chronic stage, symptoms will worsen. They can include symptoms listed during the acute stage, in addition to:

If left untreated, this stage can be fatal.

It’s worth remembering that as with most diseases, the severity of symptoms can vary from dog to dog. There is some evidence that German Shepherds and Doberman Pinschers are more prone to severe infection than other breeds.

As mentioned above, the sub-clinical stage has no symptoms.

Having read the above, you’ll no doubt be wondering: What are the best ways to avoid my dog contracting ehrlichiosis?

And if he or she does end up infected despite my best efforts, what are the treatment options available?

Because there is no vaccine for ehrlichiosis, prevention revolves around good tick management. While you can’t prevent it entirely, doubling down on tick prevention will limit your dog’s risk.

There are lots of tick prevention options available, but if you live in a high risk area (the Northern Territory, for instance) or regularly take your dog walking through areas where ticks are present, it’s wise to use more than one method.

You could try a tick collar and a regular treatment such as Bravecto, for instance. Tick and flea prevention should be a major part of routine pet care anyway, and you should always try to limit your dog’s exposure to ticks as much as possible.

Remember to check your dog for ticks regularly regardless, especially during bath and brushing time. If you do notice any ticks, remove them immediately (here’s how) and keep a close eye on your dog.

Treatment for ehrlichiosis in dogs usually involves a fairly long course of antibiotics, as well as symptomatic treatment if necessary. Depending on the severity of the infection, your dog may also need to be hospitalised or given a blood transfusion.

The earlier ehrlichiosis is detected and treated, the better the chances of a full recovery.

Pet insurance can help you foot the bill

If your dog does contract ehrlichiosis, early treatment is your best bet for a full recovery. Pet insurance can reduce the worry associated with one or more vet trips, plus the testing and medication involved, by alleviating some of the financial pressure. Plus, having pet insurance can help improve your vet’s mental health.

Ehrlichiosis – Over to you

Have you had a personal experience with ehrlichiosis in dogs? Tell us about it in the comments.