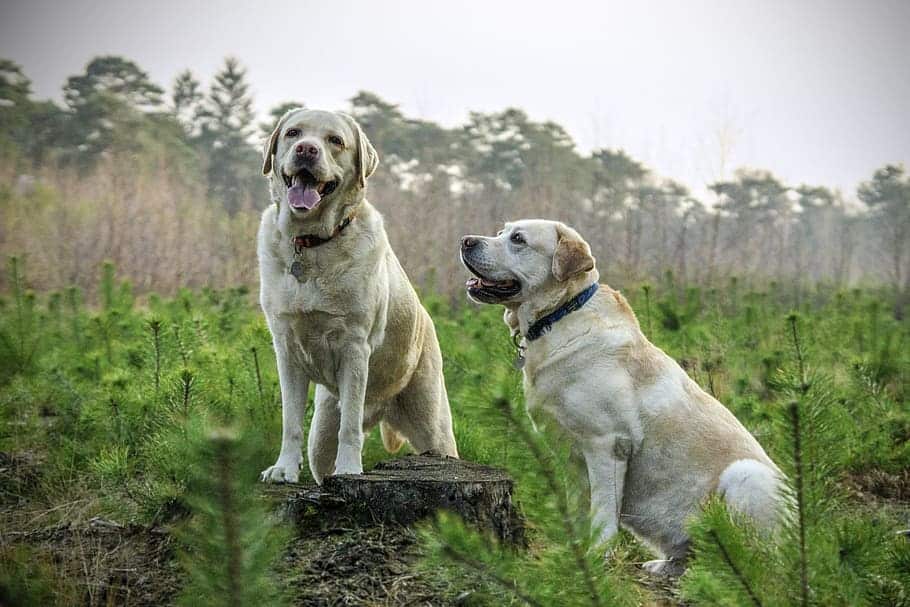 The Labrador Retriever is Australia’s top dog. According to the Australian National Kennel Council, Labs have consistently accounted for the highest proportion of registrations across dog breed types for the past 10 years!

This isn’t to say we don’t love all dogs (and cats), but that Labs have a special place in our hearts.

We love a Labrador Retriever because they’re so…. loving! That and a whole lot more. Find out all about a Lab’s personality, health and how it got its name, right here:

Breed history: Where do Labrador Retrievers come from?

To begin with, these loveable pups were fishing dogs from Canada and were bigger than the modern-day breed. They’d help fishermen pull in their nets after a day’s catch and capture escaping fish.

Hence, they love water and are amazing swimmers. In fact, they’re so well adapted for swimming they have webbed feet and a tail that resembles an otter tail.

Labrador Retrievers travelled from the Canadian region of Newfoundland to England on fishing boats. Here’s where they became the contemporary pup we know as the Labrador.

They were bred as gun dogs to bring in the catch during hunting Expeditions. Why? Labs can carry things carefully in their gentle muzzle without causing a scratch, which made them prized for this role.

In fact, they’re known for having a super soft mouth. Neat huh? And that’s not all…

A Labrador Retriever can smile on purpose! It’s true, Labs show us affection through happy gestures and “love signals”. They really do want to be our best friends. They love human company and in their ideal world, we’d be by their side every second of every day.

These gentle and intelligent pups love kids, and other pets too. They’re an ideal family dog because they’re loving, kind and even-tempered.

Labrador Retrievers can be outdoor dogs, but they’d rather be indoors and close to their people. If you’re often away from home, separation anxiety in pets is something your Lab will most likely feel.

Their need for companionship and engagement means they benefit hugely from training. They’re so good at learning and executing commands, that they perform complex jobs in the workplace around the world.

What jobs do Labradors do?

Labradors work in many fields and can be trained to perform complex tasks. One such dog is Endal, who saved his owner’s life by dragging him to safety and calling for help after he was knocked out of his wheelchair by a car. Endal understood sign language, could use an ATM, and knew how to unload a washing machine.

Endal’s owner was a Gulf War veteran who lost much of his memory and the use of his arms and legs from an injury. When he came home, he had no memories of his children and had apparently lost the will to live. Endal helped him to regain access to his life and find a new way to be a husband and a dad.

This Labrador Retreiver received 10 medals, including Dog of the Millennium. There’s even a book called Endal about his achievements and friendship with his owner. Watch the video to see them together here.

Labrador Retrievers help humans in many ways. In addition to being pawsome pets, here’s a list of job areas they can be trained in:

A Lab’s boundless energy means they need lots of training and exercise to keep healthy and happy. If you don’t have time to train your pup yourself, consider sending them to puppy school for training.

Obesity is a common problem for Labradors that don’t play and exercise enough or eat too many treats. If left unchecked, obesity can lead to diabetes in dogs.

They’re generally healthy breeds, but can sometimes be prone to the following:

Dog insurance helps protect your pup and your pocket, reducing the expenses associated with accident, illness, and a range of other health situations. If you’re the proud owner of a Labrador Retriever, or you’re thinking of becoming one, grab a quick quote today.